Marijuana and hemp are highly versatile herbs. which has properties to treat various diseases By the origin of the properties of this size that you may have heard of some substances. Tetrahydrocannabinol (THC) and Cannabidiol (CBD), both of which fall under the same category of cannabinoids, but hey, the cannabis plant isn’t just these two. Because there are hundreds of other species that have already been referenced in research. Some of them are so few that we can’t find any clear information. If it is to be divided into categories, there are Cannabinoids, Flavonoids and Terpenes have different effects on the body.

The most prevalent known to be the intoxicating THC, found in large amounts in cannabis and small in hemp. Which species are less drunk and more drunk, we need to see how many percent of THC they have. But today we are not drunk. Because we will wear a scientist’s spirit to get to know Cannabinoids and in addition to other substances. It is a substance that has been confirmed by research, including CBD , CBG, CBDA, CBN, CBC, CBDV. The names may look similar. But there are actually quite a few differences. But before you come to know other substances, you need to get to know the main ones. How did “Cannabinoids” come about? 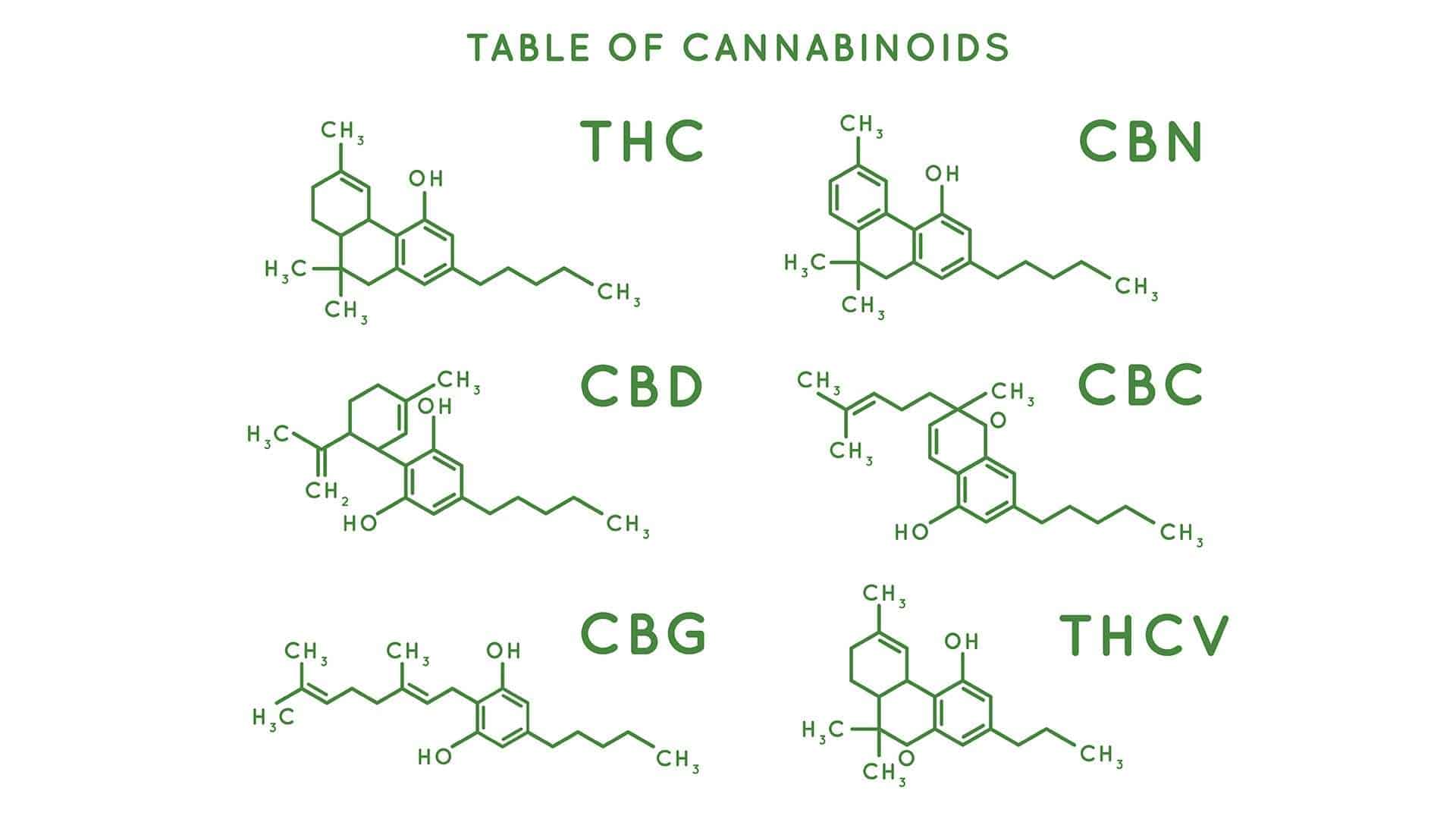 Cannabinoids are mainly derived from the hemp plant. The substances that we will bring you to know today are CBD, CBG, CBDA, CBN, CBC and CBDV. By starting to have more research. This makes it easy to access accurate information. Primarily supporting CBD for medicinal purposes, it can help address a wide range of health problems, from pain, inflammation, psychosis, to cancer-fighting properties that have made it so popular. First discovered by Israeli researchers in 1950, these compounds are found in abundance in the rubber glands of cannabis plants.

But did you know that cannabis and hemp plants contain more than two substances? It is a hundred species that has it all. Although each has similar features. But if you study more deeply, you will know that there are still differences in unique properties. The researchers say that each substance enhances each other’s functions more efficiently. Also known as the Entourage Effect, more than 110 compounds have now been discovered and more are expected to be discovered in the future.

Principles of classification of cannabinoids 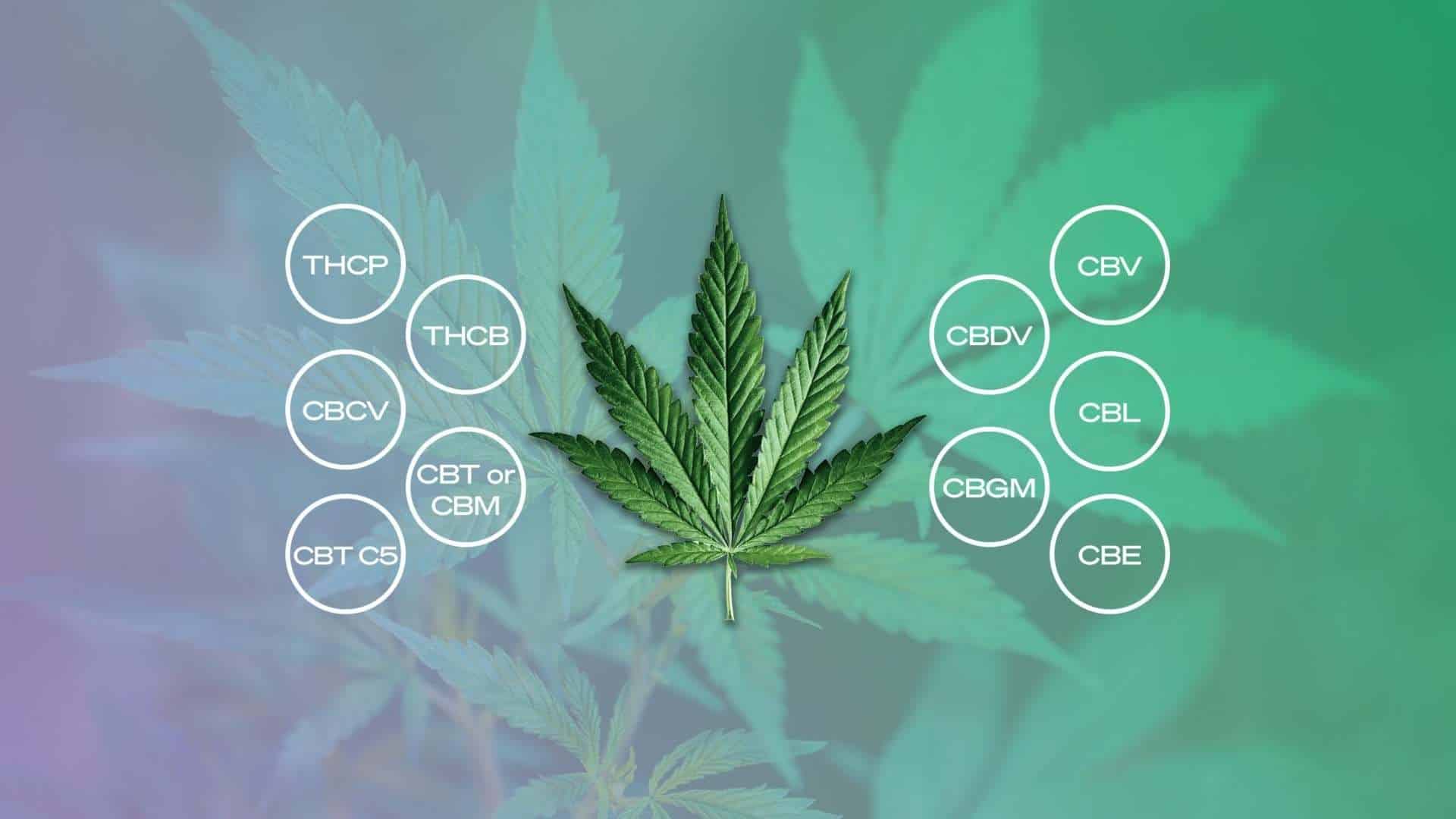 The way cannabinoids are categorized depends on how they act in the body. For example, CBD and CBG are non-intoxicating due to their molecular structure, although they attach to the receptor in the brain, but have no effect on mind control. body movement and intoxication, while CBDL, CBN, THC, and others cause intoxication through molecular structures that can bind to the receptor in the brain and affect the mind.

The molecular structure may sound confusing. Let’s explain in a simple way better than cannabinoids. Endocannabinoids It forms a molecular network that attaches to various parts of our body. These molecules are attached to the cell wall. This is where cannabinoids cling to, for example, if they attach to the limbic part of the brain, it affects memory. sensory perception become dizzy Cannabinoid Receptors are divided into 2 categories: CB1 and CB2.

How does the body use cannabinoids? 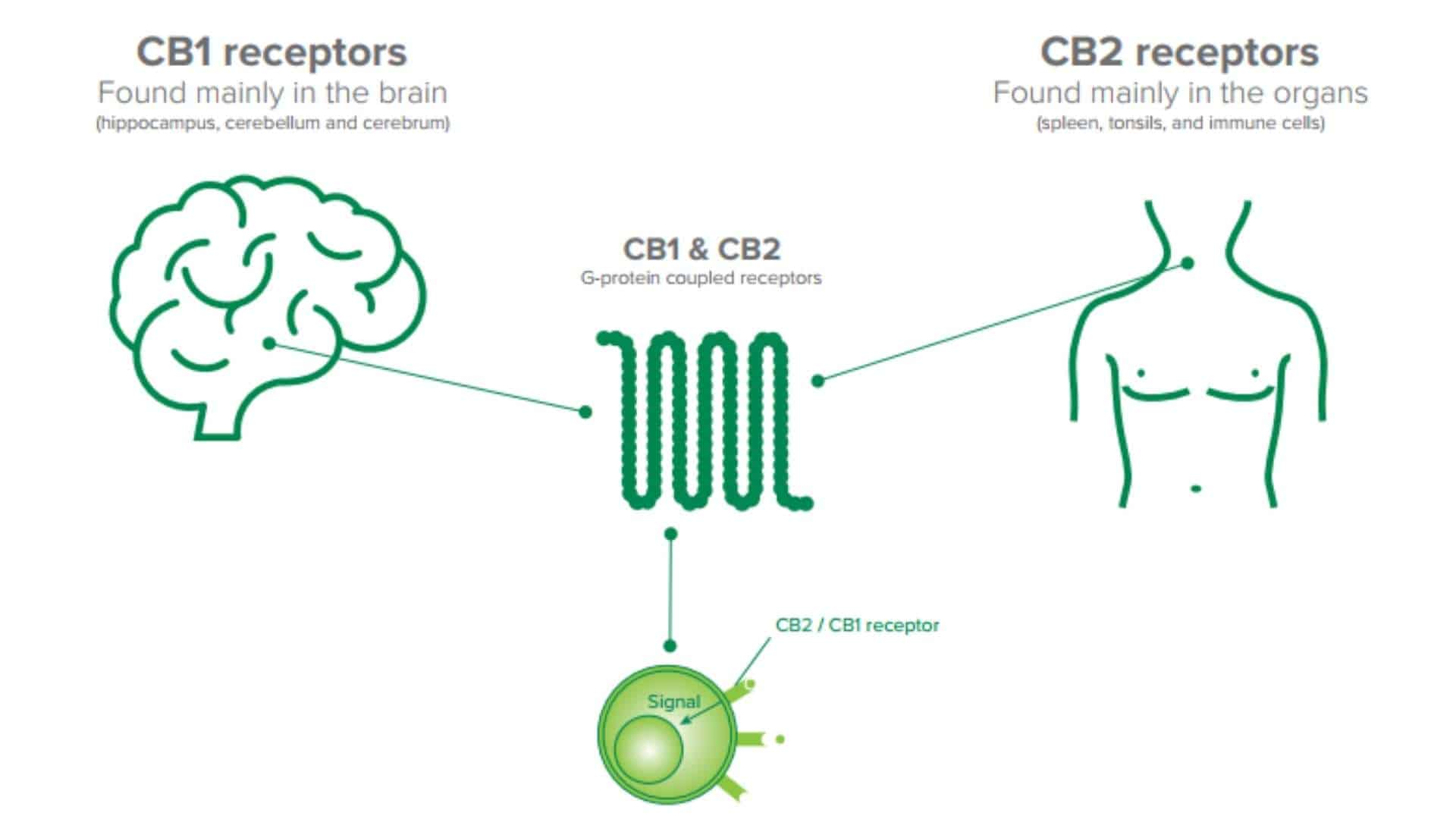 Our bodies respond differently to cannabinoids because our body’s mechanisms of action are complex. which is called the system Endocannabinoids spread throughout the body Cannabinoids are located in almost every major organ, from the brain, spinal cord, to the intestines, with the highest concentrations of receptors being the brain and central nervous system, which are CB1 receptors. And on the other hand, CB2 is found abundantly in immune system cells. Another summary is the Endocannabinoids system. Help our body to remain stable from the effects of Cannabinoids.

Cannabinoids are ingested in our bodies, affecting our appetite, pain, and immune system function. body temperature and many more Let’s take a look at what effects individual substances like CBD, CBG, CBDA, CBN, CBC and CBDV have on the human body. 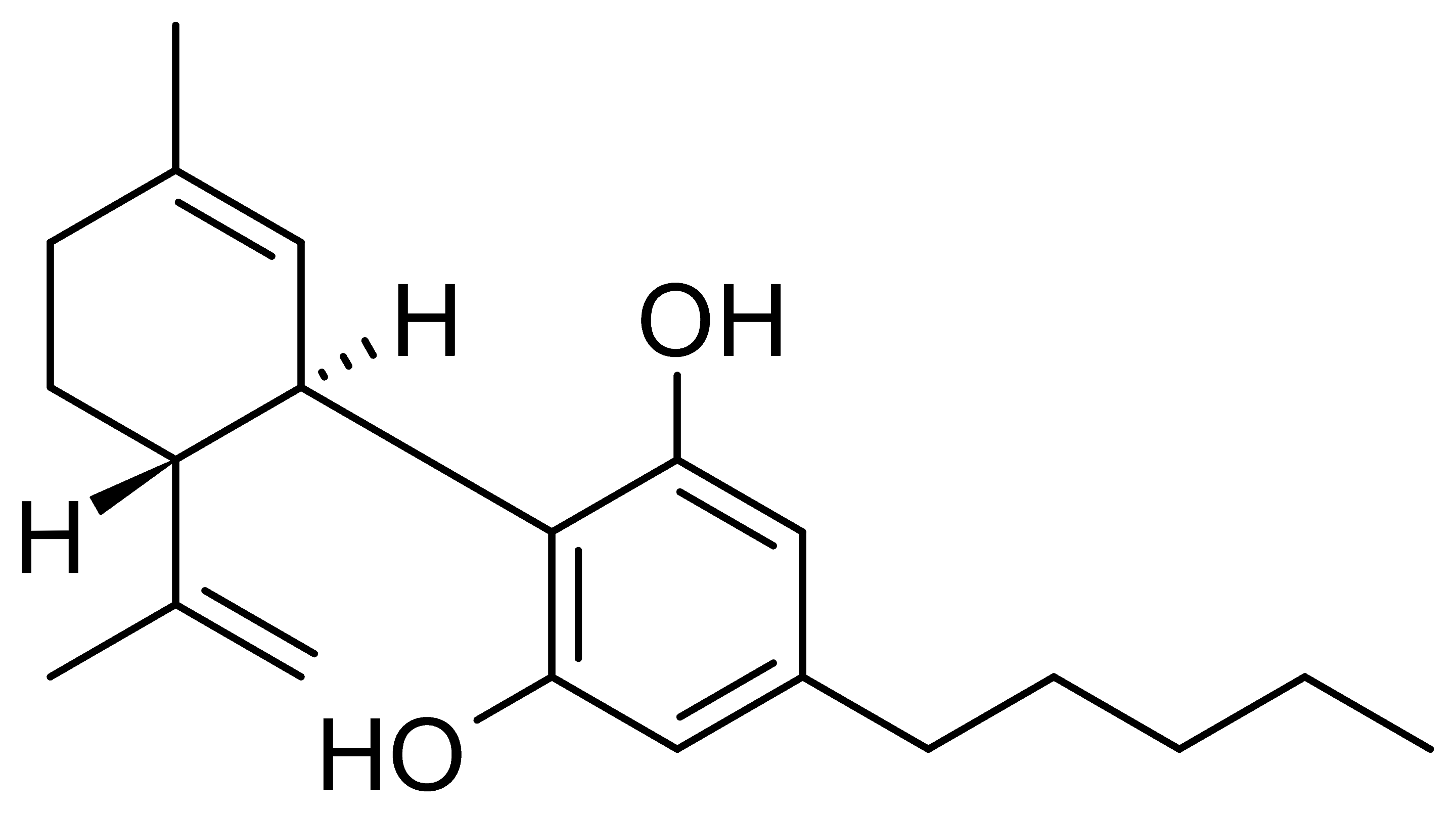 CBD, short for Cannabidiol, is a non-intoxicating substance. It is mainly used for health purposes, unlike THC, CBD can be safely used during work, driving, or before bedtime to Relax and sleep better It is also a substance that can be mixed with things such as oil, gummi capsules, hemp oil, hemp jelly, hemp capsule pills. and many more, which can now be found in the market and in centers that provide medical services such as Thai traditional medicine Many properties, for example, to relieve physical discomfort, chronic pain, inflammation, stress, anxiety, nausea, seizures, skin conditions, root lesions, tinea. 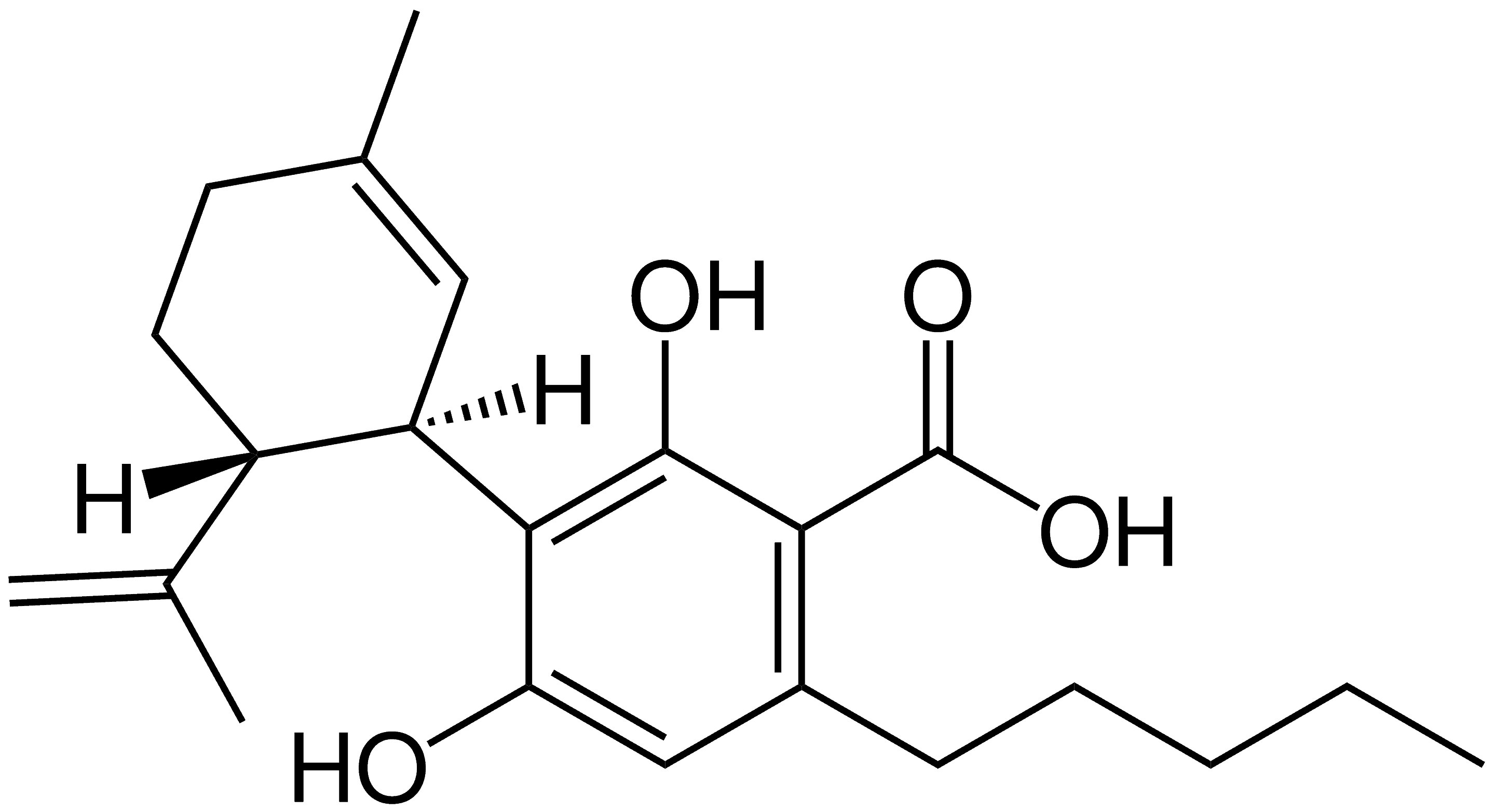 CBDA is known as Cannabidiolic acid is a substance found in the stems, leaves and flowers of hemp and cannabis plants. Heat treatment of cannabis activates specific cannabinoids, after which the acid is lost to activate CBD. CBDA is the precursor of CBD. In short, CBDA must come from heated CBDA. there And although there wasn’t much research on CBDA before, we now know that CBDA is an inhibitor of the COX-2 enzyme within the endocannabinoids system. lead to anti-inflammatory effect nausea and some cancers 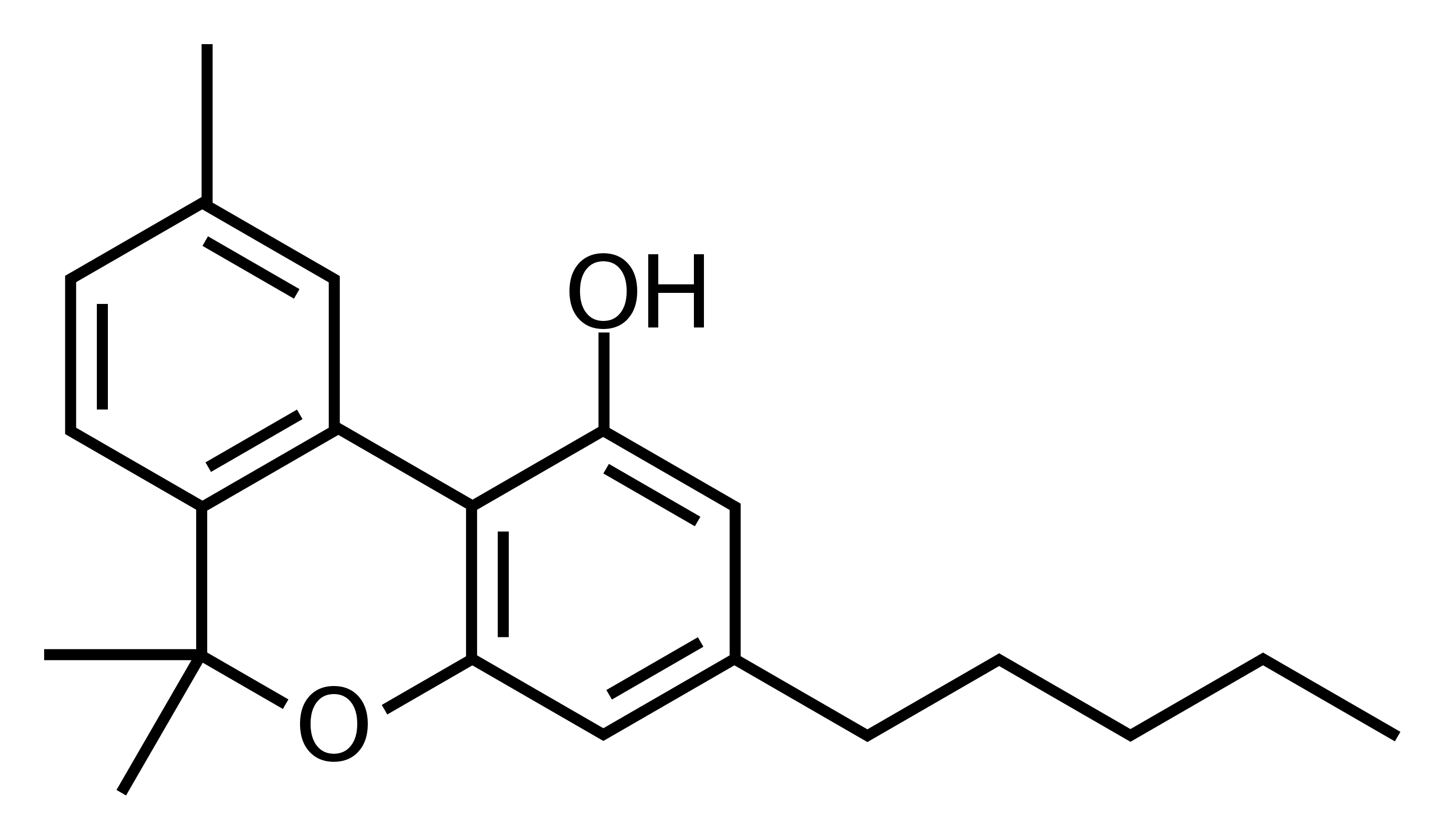 CBN, short for Cannaninol, was the first cannabinoids from the cannabis plant formed by either THC exposure to heat or oxygen. And as the cannabis plant ages, it becomes CBN. Although it is derived from THC, it has much less neurotoxic effect. Subsequently, the properties of CBN will have the effect of helping people with sleep problems. Researchers have found that CBN is an effective sedative. Compared to conventional drugs can prolong sleep for a longer time. In addition to helping with sleep, it also helps in the growth of bone tissue. And more research shows that if used with THC it will increase the efficiency even more.

CBG, short for Cannabigerol, is another non-psychoactive drug. It is the precursor of CBD and THC. Similar to CBDA, it can be heated or heated to CBD. From both CBDA and CBG, it can be seen that the compounds in cannabis change mainly depending on the environment. In most cannabis plants, this substance is found in only 1%, even lower than that. But this doesn’t mean that cannabinoids are less by the number of substances. because when it enters our body The CB1 and CB2 interaction system increases dopamine levels. Aids in sleep, mood, appetite What’s more, CBG can also alter GABA uptake in the brain and inhibit serotonin receptors, thereby reducing anxiety and depression.

CBG is also an anticancer agent. by stopping the growth of cancer cells From the experiment that secretly looks cruel In a study by allowing cancer cells to grow in the colon and rectum of mice, it was found that CBG actually helped treat cancer. until picked up for serious use with humans like today and also found that in the structure of our eyes there are receptors High endocannabinoid levels reduce intraocular pressure, leading to the treatment of glaucoma.

CBC or Cannabichromene It is a substance discovered 50 years ago from CBDA that is destroyed by acids from exposure to light or heat. Research on CBC is still in its infancy. It was found that this substance binds to vaniloid 1 (TRPV), the third receptor for cannabinoids in the system. Endocannabinoid It also interacts with ankyrin 1 (a transient TRPA1 receptor), both of which reduce our pain. That’s why we may use THC instead of NSAIDs, which are painkillers, if taken over time can cause side effects. And there are also properties that everyone must be amazed. “Reduce acne” because CBC reduces inflammation of the sebaceous glands, the origin of good acne. 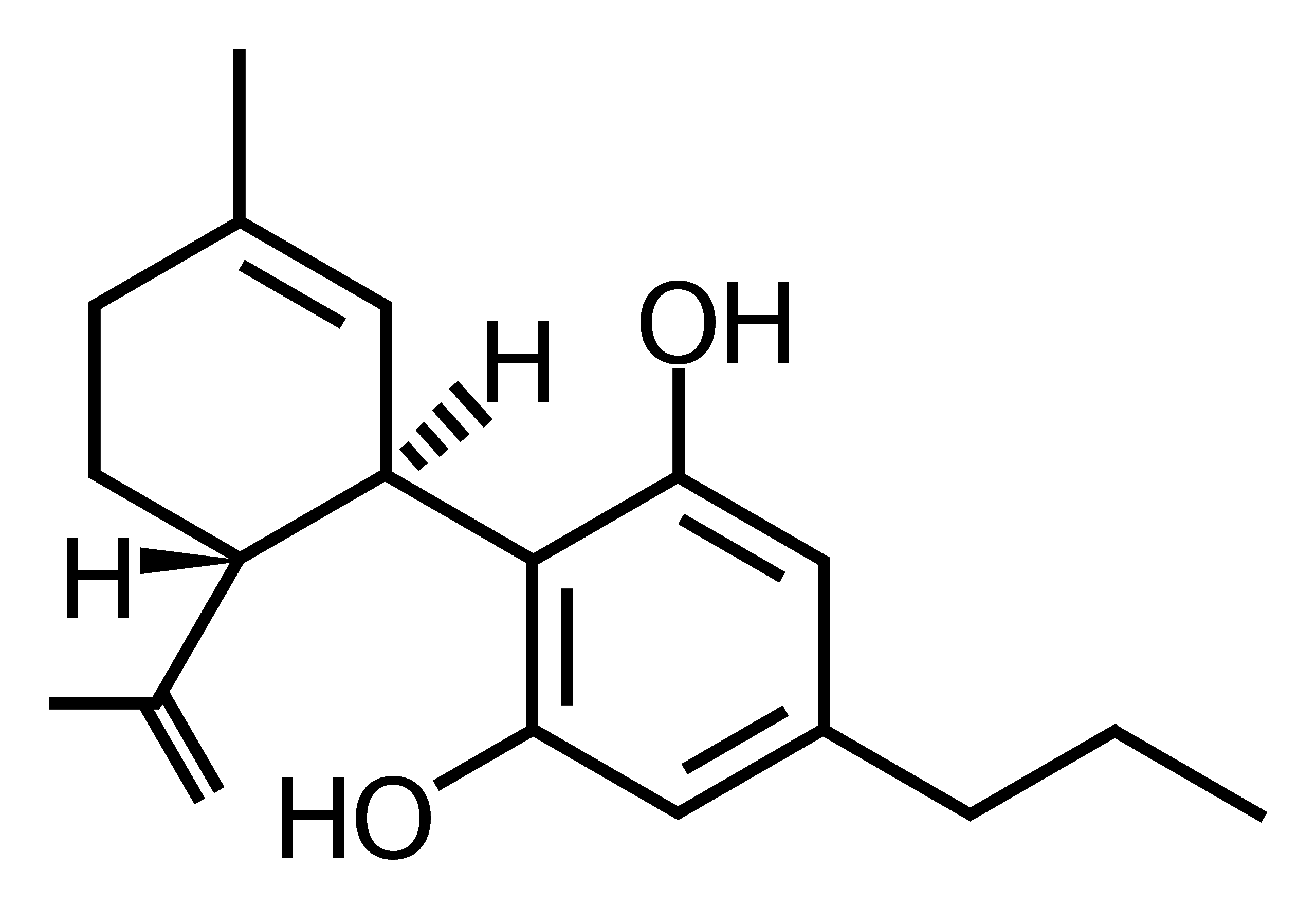 The last substance that we will bring you to know today is CBDV or its full name is Cannabidivarin And recently we have found that this substance has a special ability. which helps help patients with neurological symptoms Most notably, epilepsy, Parkinson’s disease, and other similar symptoms. In addition to reducing seizures, it also helps prevent further seizures. Until it was patented to use CBDV to treat assistants with incurable seizures. It also helps to reduce nausea and vomiting due to its many properties. We may have heard that marijuana makes you hungry, but CBDV has the opposite effect. by reducing appetite Medically used to treat Crohn’s disease and stenosis.

After getting to know the substances in cannabis Let me conclude that cannabis is a very complex plant. We humans are still new to this plant. There is still a lot to learn more. What is the structure of this substance? How does our body use it? The information that is picked up today may be more in the future than it is today. Because when it comes to the actual number of substances in cannabis, there are even more than 400 species, including the stems, leaves and flowers (there are more than 100). The most common is CBD and THC research. Cannabis is a “magic plant”. After studying it, let me tell you that it’s not true.